In "Picture This!" – an installation consisting of a series of stereoscopic photographs combined with a selection of soundtracks – Oliver Hangl offers us a window into the world of a young man, who appears to be transparent when looked at with both eyes.
But neither character nor the story are clearly defined by the artist, who instead encourages an individual, more filmic perception by proposing a range of possible soundtracks, whose lyrics may as well function as a script. With this open narrative, Hangl provides a fragile approach towards the construction and readability of fiction, in which the position of the viewer is made central. "Picture This!" is an open field of projection.
Being shown in numerous places around Sweden over the course of one year, Hangl develops a site-specific presentation for each venue, in which the selection and the number of photographs may vary. Moreover, Hangl continuously restructures the narrative by taking new pictures for each show. 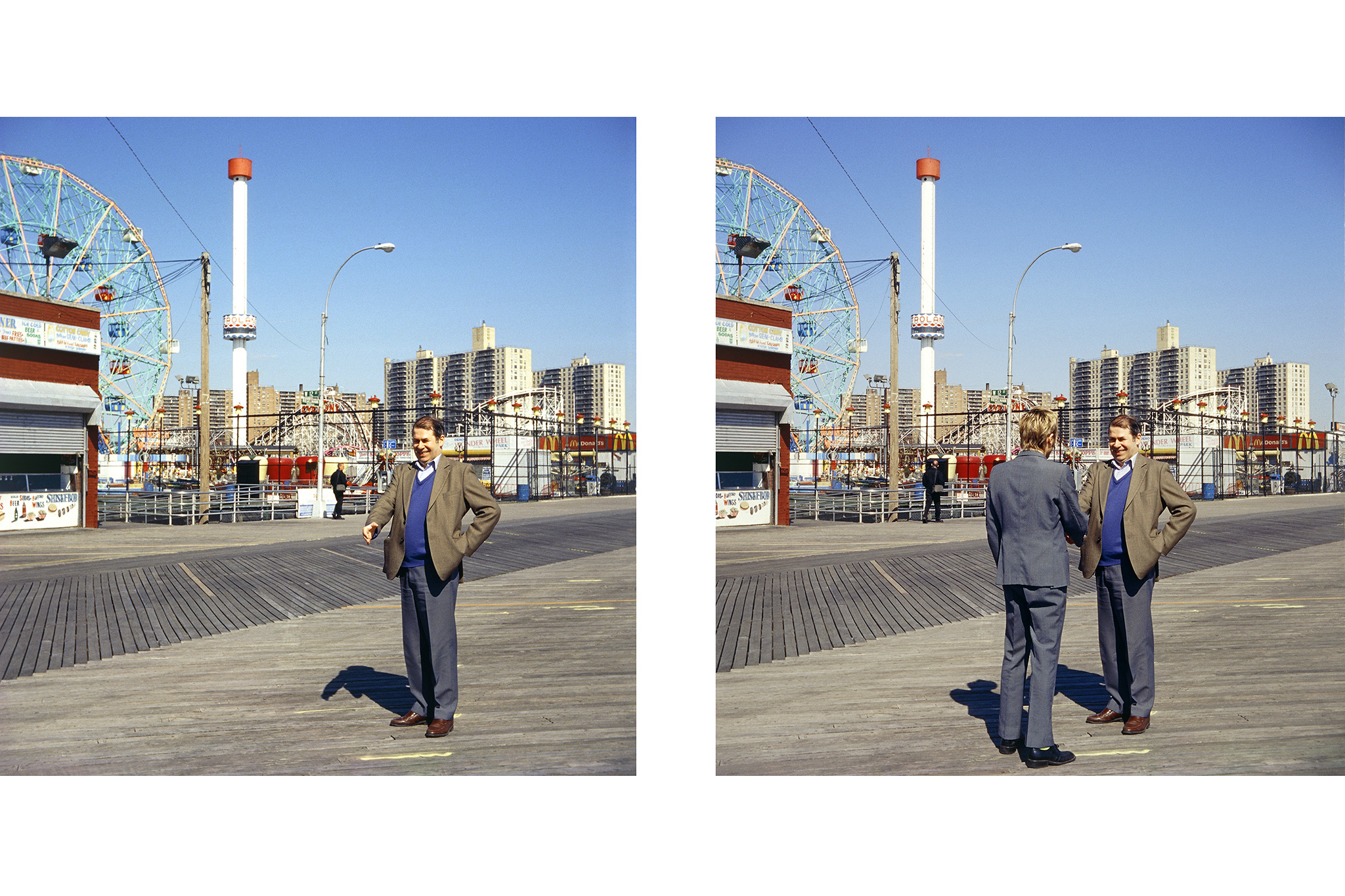 The performance-series "hereandgone", which Hangl has initially been developing together with the two Swedish actors Roland Hedlund and Inger Norryd (both Riksteatern), offers an expansion of the installation to be only experienced live at a brief moment, which puts the viewer into a voyeuristic position. As each performance is conceived for each specific venue and only shown once, it constantly differs in content and form. "hereandgone" was shown at selected venues*.