Lace’s latest work is a performance drawn from a 1 minute 30 second timelapse video piece created in the basement of the Natural History Museum in Vienna in mid-2016. Over a period of 3 days a photograph was taken every minute capturing Dermestes maculatus (carrion beetle) removing the flesh of a Tyto alba (barn owl). Now in 2017 and back in Vienna, at k48, Lace will be using a mirror, a projector and concrete powder Lace to interact with this film and in a ritualistic manner ‘bury’ the work. A sound component has been colloboratively created by South African composers and vocalists Nhlanhla Mahlangu and Xolisile Bongwana.

Right to Reflect – Syria was produced in response to the words of a Syrian refugee in a 2016 workshop in Austria. One of the participants expressed that “The West wants our treasures but not our people” and went on to describe the landscape of destruction back home.

Right to Reflect - Syria is an extension of the body of work titled Occupy, it deals with Neustetter’s reflections on l appropriation and migration of objects and people. Neustetter has entered the storerooms and archives of some of the worlds largest museum collections, from the Smithsonian museums in Washington DC to the Egyptian Museum in Cairo, from Johannesburg to Hong Kong to Vienna the artist has initiated conversations with collection custodians and curators, asking them to switch off the storeroom lights and arming himself with a torch and camera Neustetter has visually explored the collections. The resulting shadow-landscape videos have stimulated interesting dialogue and given rise to light and shadow installations as well as a large body of brush drawings and paintings.

In 2016 Neustetter spent time in Vienna filming Syrian objects in historic collections as a way of meditating the comments mentioned above. In 2017, for the k48 space Neustetter will perform the making of a large-scale responsive brush painting. 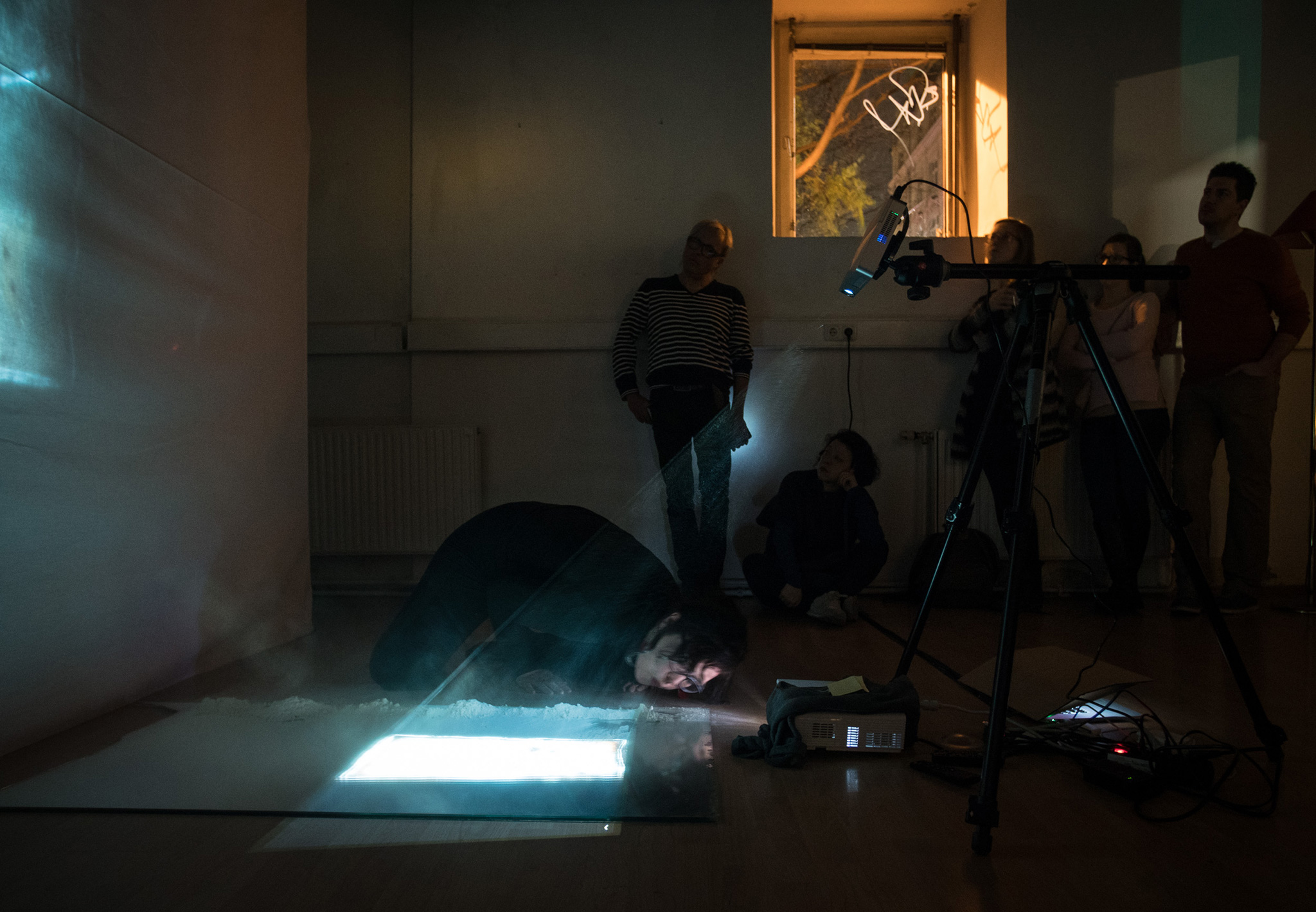