At various neuralgic points in the exhibition, sets of instructions can be found. These play levels of perception – such as physical exertion, visual and acoustic information – off against each other, so making perception tangible and visible as a construction. Where do physical realities begin, where do psychological realities begin? What forms of perception come together into an image, into one understanding of reality? The media artist Oliver Hangl investigates these questions, often in performances employing multiple media, people and environments that isolate, for example, acoustic and visual levels of perception. Whether it is in his ongoing project Dunkle Materien (University for Applied Arts, Vienna), in Urban Erasmus Trail (Historisches Museum, Basel, 2016) or in his actions Kino im Kopf or Guerillawalks: Hangl always – more so than almost any other artist– traces a dizziness that can be experienced in everyday life: the key is to allow oneself to be drawn into situations, to enter unsafe territory psychologically, to open oneself up to the unexpected in exchanges with strangers and to experience situations as self(-observed) improvisation. The succinct written instructions are brief excerpts from the choreographed Guerillawalks, feasible parts of a directed choreography, adapted to the space and the exhibition. They allow the space to be experienced as a synaesthetic whole. Over the course of the exhibition, on a guided audio tour, a soundtrack steers visitors into (half) public and private spaces in Warzawa. Via a wireless headphone system, Hangl and his guest, performance artist and activist Edyta Jarzab subvert urban systems and codes of conduct. Together they comment on and fictionalise places and events, improvising and reacting to the uninitiated and making dizziness – also clearly as an occurrence of uncertainty –directly tangible for the public within urban space. They provoke confrontations and challenge decisions, as they intrude into hidden locations of private or half-public spheres and infringe on their rules. 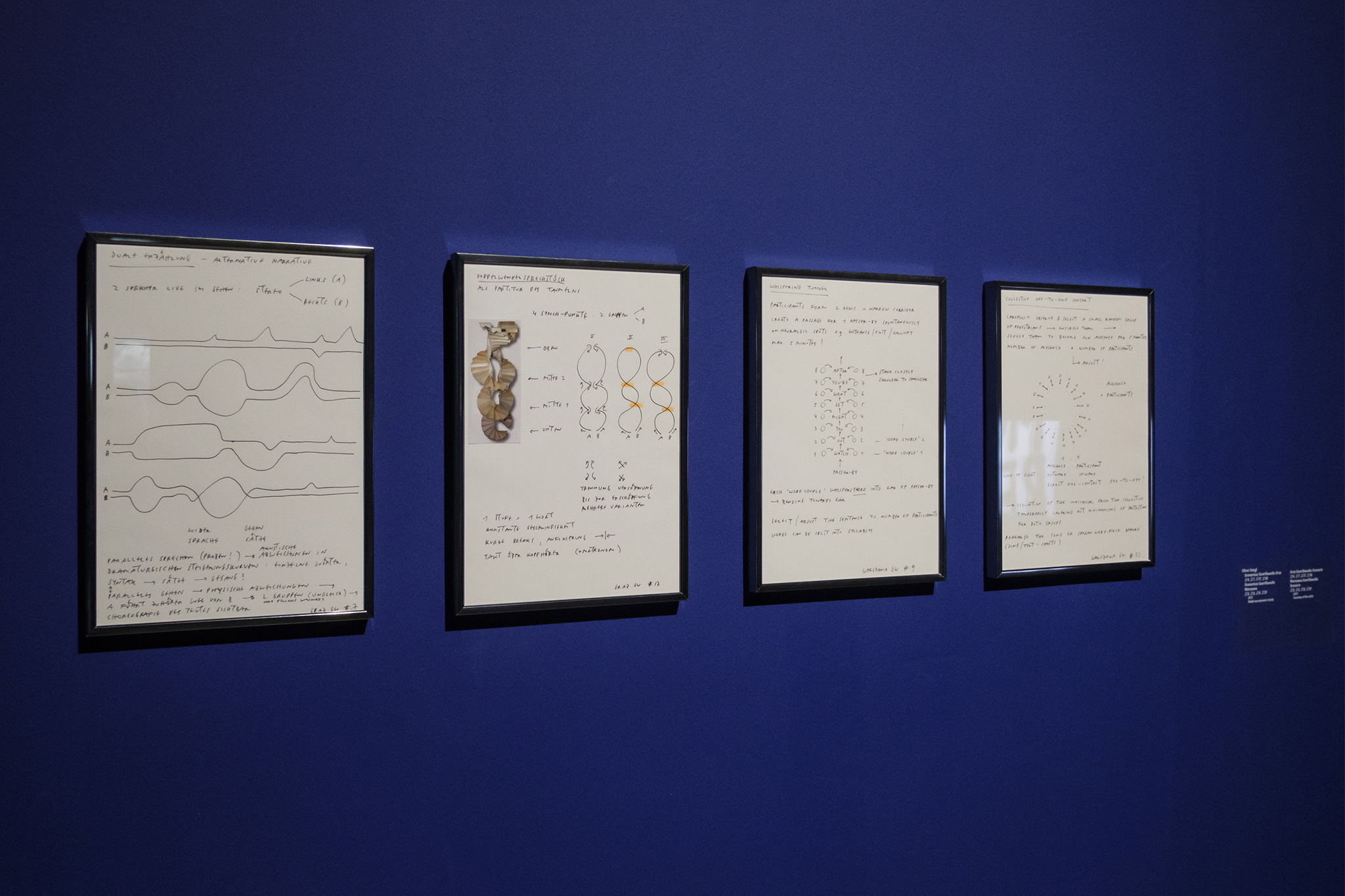